Happy 10 months my big girl! It’s been a big month with you starting daycare, and I’m so proud of how you take everything in stride!

Mobility
Aven continues to cruise very confidently, especially with her shopping cart or anything else that moves. She has even let go a number of times and stood independently for up to 10 seconds at a time! Aven has started to reach up for my hand and take a few steps while holding on as well. She also climbs anything big or small, stable or not. It makes me especially thankful for Gymboree where she can expend all her energy, and develop her muscles, balance and weight transference. It is her – and my – favourite place!

Eating
Aven’s appetite has been growing again lately, thankfully. She still continues to be the unpicky eater that I love although given a choice of things on her plate, she will pick the bread product every time. She is her mother’s daughter! She has not wanted as much milk lately, only drinking 2-3 ounces at a time before nap/bedtime. I’m not worried about this as she is still getting 8-12 ounces every day and eating a wide variety of foods from all the food groups. She loves to drink water (or mommy’s green smoothies) from a cup with a straw or pop up sport top.

We still have just 2 bottom teeth, not that it gets in her way of eating anything!

Sleeping
Overall sleeping is going well. We’ve had a few hiccups with some illnesses and teething along the way, as well as the transition to daycare, but she takes it all in stride. A night of somewhat disrupted sleep or a day of shortened naps and then she’s right back on track. An average day will see her taking 2 naps, usually for a total of 3 hours divided up in various ways. Occasionally I’ve been lucky enough to get 5 hours of naps from her! A typical night will see her going to bed between 6:30 and 7, waking once for a bottle and then up again at around 6:30am. I’ve tried to have her up later and sleep in a bit to line up with daycare’s schedule, but so far no luck!

Personality
Aven’s inner goofball is becoming more and more evident. She loves to make silly sounds, laugh and giggle. The latest thing that makes her laugh is being in the shower. She loves it! She also got to play with a very friendly dog at Christmas time and she had the deepest belly laughs playing with the puppy’s ears and watching him run by her. She makes silly faces and finds so many things funny – especially coming from her sister. Aven always hams things up, clapping her hands, playing peekaboo with anything she can pick up and even putting headbands on her head backwards. She has also shown the same persistent streak as her big sis. She gets particularly frustrated when I won’t let her climb things like the TV stand, bookshelf or up to her sisters loft bed. She doesn’t much like carriers, strollers, highchairs, exersaucers or car seats – anything that confines her, and she can get quite shrieky when she doesn’t get her own way, often yelling at me as I change her diaper or try to get her dressed. I love my girls but they are EXHAUSTING!!

Likes
Showers
Climbing
Soother
Cruising
Her sister
Bouncing
Walking with her Fisher Price shopping cart
Pattycake
Mirrors
Playing the piano
“Strumming” daddy’s guitar
Swinging and sliding in the park
Watching birds, dogs, squirrels, cats, raccoons – whatever animals we encounter
Gymboree
Bath
Swimming
Dancing
Peekaboo!
Tickles under the armpit and on belly
Being outside
Drumming
Shrieking at the top of her lungs, whether happy or sad

Language
Aven’s chattering has definitely ramped up and she is incorporating a wider variety of sounds, although no more words aside from Mama and Dada. She has also really discovered vocal play this month between clicking her tongue, making kissing noises  and ‘wah wah’ sounds tapping her hand over her mouth. She loves to play with me taking turns singing into her echo mic and explore sounds that way. I have continued to do a bit of baby signs, and now that she is at daycare – although just one day per week – they use signs a lot. I have noticed a significant increase in her hand movement with specific intent, although I do not yet know exactly what that intent is!

So many changes from month to month! What has your little one been doing lately?

Self Portrait of a Masochist

A Little Help From My Friends

How to Encourage Play With Kids of Different Ages #PlayWithPlaymobil

The Perfect Way to End Your Spring Break

They Grow Up So Fast!

As a wife and mom to 2 young girls, I’m always in search of a new recipe, a new friend and a new adventure! As the founder of Word of Mom Marketing, I’m a connector and business matchmaking is my passion.

Jump To The Front Of The Line 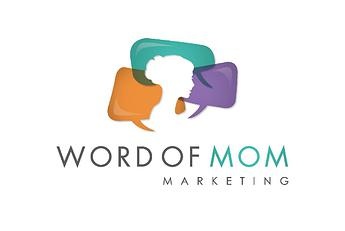